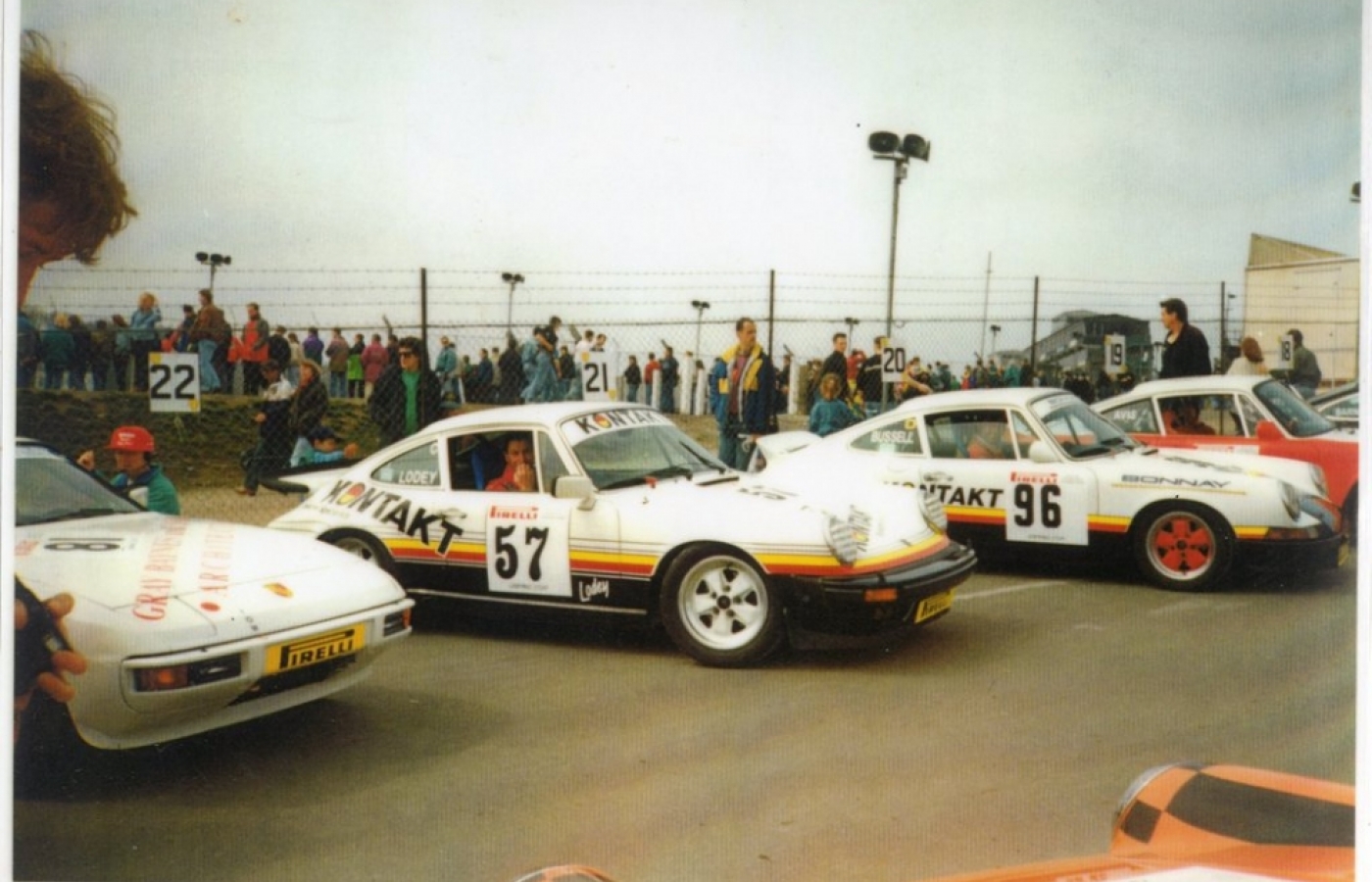 Believe it or not, back in 1990, this was one of the most cost effective forms of competitive motorsport. The unstressed nature of Porsche engines allowed a couple of seasons without a rebuild. Pirelli provided tyres for £120 each.

This 1977 SC was prepared by Paul Edwards and probably run on the smallest budget on the grid. Having no limited slip diff, starts were a bit of a nightmare. The 100,000 mile engine survived 7 races, practise and testing, before a couple of studs failed. New studs and a top end and it was fine after another season before being sold when I ran out of money, no wins, one pole and one lap record and mostly top 2-5.

Penzance is a heck of a long way to every circuit- I used to just turn up, sign on and remove the carpets, bags and spare and away you go!